Melt On Demand Technology: in search of maximum efficiency

Today we speak with Martín Pastor, a doctor in physics with experience in complex systems and material sciences. Throughout his career, he has worked in various basic, applied and industrial fields of research. Martín was previously a researcher at the University of Navarra and joined Focke Meler’s team in 2014 as the Head of Science for our R&D Department.

What are hot-melt adhesives?

These are adhesives which have to be melted to work as when they cool they join together the two surfaces they are between. They don’t require any solvent to be evaporated or any reaction with a precursor, meaning fast bonding in comparison to other adhesives (in some cases less than 1 second).

Moreover, they can be recycled with packaging and packing made using waste adhesive. 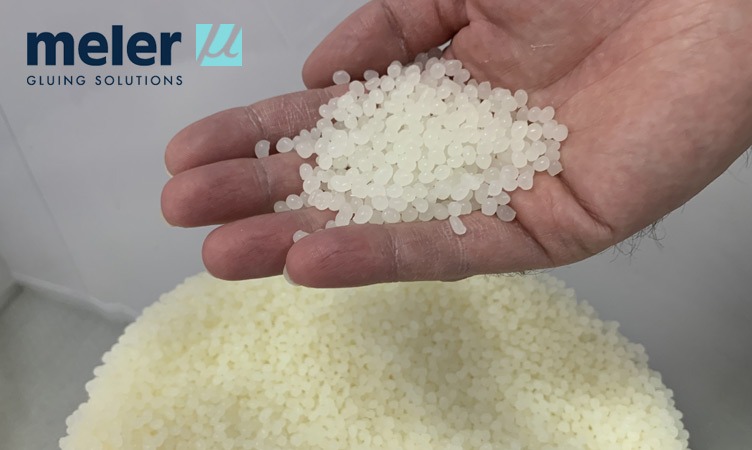 What are eco-friendly hot-melt adhesives?

Those which melt and are applied at around 100 ºC.

Why are they considered to be eco-friendly?

The energy needed to process them is significantly lower than some others which require temperatures of up to 230 ºC. Given that they have a low range of working temperatures, they don’t easily degrade or let out unpleasant odours or fumes. The majority of adhesive manufacturers have included them in their catalogue, thus offering customers optimal adhesive properties at a much lower working temperature.

How are hot-melt adhesives used?

These kinds of adhesives require heat to turn them from a solid into a liquid. To achieve this, a melter must be used, thus melting and pressuring the adhesive. Over the years, melters have gone from being mere heaters with a pump at the bottom of the tank to sophisticated machines which aim for efficiency and energy savings in terms of the processes they are involved in. An example are Melt On Demand (or MOD, as it is known in the industry) melters. 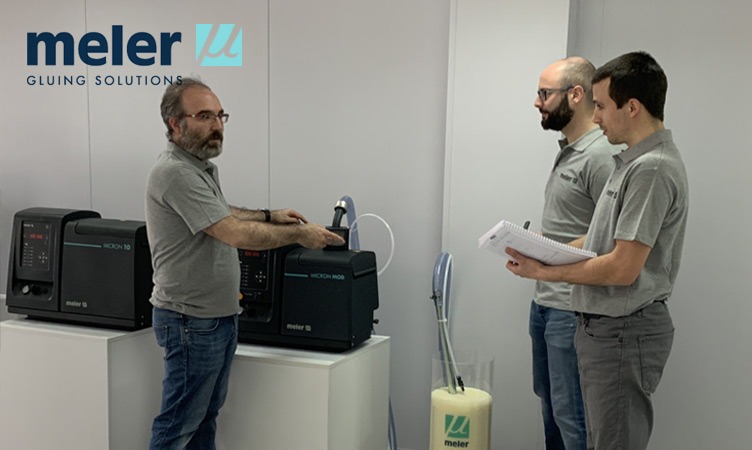 How much adhesive do Melt On Demand machines, such as the Micron MOD, melt?

The amount each production process requires at the exact moment it is needed.

What are the features of these machines?

Thanks to the efficiency they offer, they are able to melt adhesive and ensure it is in optimal conditions to be used by means of an automatic feeder and a grill instead of a traditional tank for melting adhesive.

What’s more, they are effective as they are able to process a volume of adhesive which is comparable to that of older models in the range, adjusting the rate at which adhesive is processed to the requirements of the production line.

What are the advantages of using this kind of equipment?

They are particularly advantageous for intermittent production processes and those where adhesive requirements are very high at specific times. As a large volume of melted adhesive does not need to be kept at the working temperature to be applied, it allows for considerable energy savings. Another advantage is that, as there is no tank for storing melted adhesive, degradation is kept to a minimum. As a result, it reduces maintenance cycles and production downtime due to blockages caused by burnt material which remains in the tank for hours or days waiting to be used.

To conclude, what combination would you recommend to achieve maximum performance?

If we use adhesives with low working temperatures with Melt On Demand melters such as the Micron MOD, we are able to achieve a fantastic combination in terms of efficiency and effectiveness.