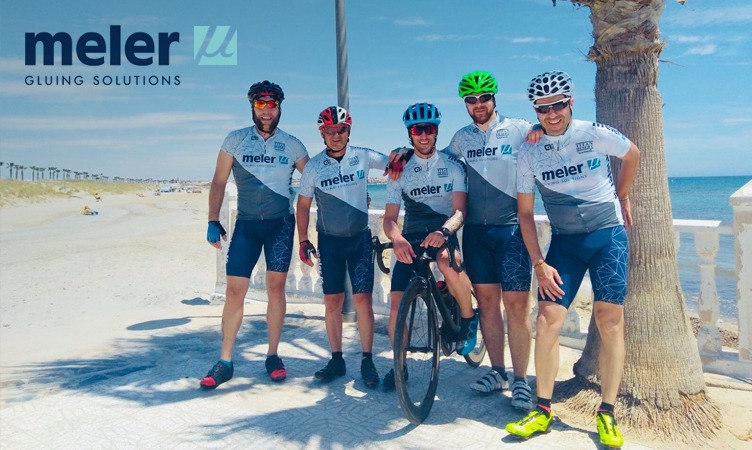 Cycling the South, with Focke Meler

At Focke Meler cycling is not just a sport, but a lifestyle. Self-improvement and team spirit are always present, so no few friendships have been forged on two wheels.

Last year, for instance, 5 Focke Meler workers cycled the Camino de Santiago from Pamplona. Once they had completed the Northern Way, which runs along the Cantabrian coastline, they planned to go back to Santiago the following year, this time taking southern Portugal as the starting point.

However, as the day approached, they started to adjust their aim and decided to cycle the entire Spanish coast in 4 big annual stages. They had covered the northern coast last year, so this year it was time for them to do the 900 km between Alicante and Cadiz down south.

Fortunately, they were not left alone at any time during those 8 days: they had an accompanying support van, and many fellow cyclists were ready to help when necessary.

It might be interesting to recall, for the sake of anecdote, the day the driver of the support van caught an octopus, which was cooked that same night in a bar in Villaricos, run by a devoted fan of the San Fermin festivals, who had never missed a single bull run.

To them, the highlights of this experience would be the kindness they received from the southern people, the beautiful landscapes (Cabo de gata, Roquetas de Mar, Almuñecar, Barbate…), and the overall respect for cyclists.

So what  adventures does next year hold in store for them? They themselves don’t know the route yet. But one thing’s for sure: they will be riding their bikes, and, what’s more important, they will riding with friends.